Accepted By The King 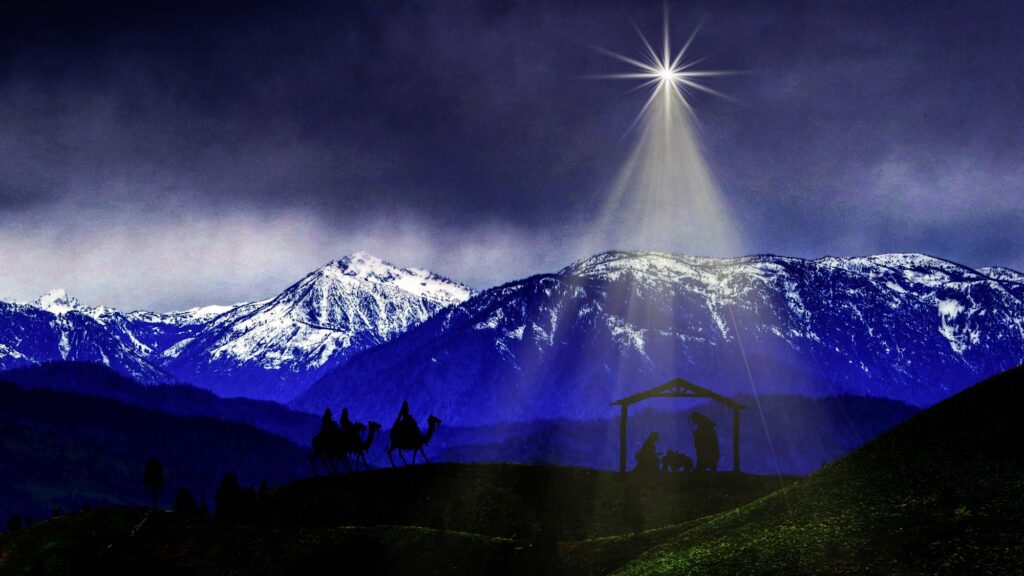 It’s Christmas Day in Cambodia! I helped to lead the school Christmas program on Monday, and then left on a moto trip to another province. I’m visiting another Adventist church today. But more on all that later… For now, I want to share a story I wrote in 2019, which I hope is a small reminder of why we celebrate Christmas, and what Jesus has done for us. Keep reading for that, and have a blessed Christmas!

She tugged her cloak shut against the cold winter wind that swirled around her as they climbed the peak of the last hill. They dismounted from their donkey briefly at the top, the two newlyweds, he drawing her close to protect her from the chill of the wind. Together they surveyed the landscape before them, then descended the last stretch of road to the town where they would spend the next few days. She was more than ready to settle down for the night, she decided. The constant bumping and swaying of her short mount did little to make her comfortable, as heavily pregnant as she was; so much, in fact, that she thought she had felt some early contractions. But their journey was almost over; there only remained, perhaps, a mile between them and the gate.

Though crowded with people, the town was small in size compared to the city that was their home. The couple led their donkey through the streets, skillfully weaving through the shopkeepers hawking their wares, and soon found the money changer, where they exchanged the currency of their homeland for Roman money. The Roman collections office was just up the road and the couple hurried to get in line. Thank Yahweh, she thought, the line was mercifully short. After registering for the national census and paying an outrageous sum to the tax collector, the two walked back to where they had seen an inn, she clutching his arm to remain steady, the donkey plodding along behind. But though the noon meal was scarcely past, the inn was full. She involuntarily tightened her grip on his arm at another light contraction, he begging the stubborn innkeeper for even a place on the floor. But even the hallways and dining room were spoken for. He might have one place, though, the innkeeper said, eyeing Mary. His stable. As the innkeeper bid them farewell, Joseph began indignantly to reply that a stinky animal barn was no place for a pregnant woman, but Mary laid a gentle hand on his shoulder and pulled him away. “He will do no more,” she stated. “We must trust God, who has never yet left us helpless.”

The afternoon and evening lingered on and on for Mary, but finally the baby was born. Joseph swaddled him carefully in a small blanket and handed him to Mary, before laying Him in the manger. The cows that had wandered in during the commotion earlier now looked, as if in surprise, at the baby that lay in their hay. One sniffed him gently and looked for a long minute with her big, velvety brown eyes before lying down against the wall.

Kalkol reluctantly turned from the crackling fire into the cold night to retrieve Zebar as he wandered off again. When he wanted to go somewhere, the ram was annoyingly persistent. Kalkol returned with the ram and sank down by the fire again in silence. The littlest shepherd, he was eleven years old–not quite a man yet. Kalkol was an orphan. His parents had died abruptly several months before, only a week after suddenly sickening. He was now without family, alone. His thoughts returned to the present, and he realized that the other shepherds were talking of prophecies concerning the Messiah. He stayed out of these conversations; the Messiah had been proclaimed for 4,000 years, and Kalkol thought it was most likely a myth, or at best, would never happen in his lifetime. If there was a God, why had his parents died?

Suddenly, a dazzling light burst from the sky, making Kalkol impulsively gasp and cover his face. “Fear not! I bring good tidings of great joy, which shall be for all people,” called a voice from the sky, loud and trumpet-like, yet the kindest and most sympathetic voice Kalkol had ever heard. “Unto you is born today a Savior, which is Christ the Lord. You will find him in swaddling cloths, in a manger.” Kalkol peered out, squinting, the light bringing tears to his eyes. It was an angel! “Glory to God in the highest! And on earth, let there be peace and goodwill to all.” The light intensified as thousands of angels joined the first, singing praises to God. Then the angels departed and the light gradually faded, leaving only a bright star. There was a stable across the valley, and they quickly left for it, uncaring that the sheep were left unattended. As they approached, Kalkol saw a plainly dressed, young couple sitting in the hay beside a manger. A cow lying beside the wall raised her head, observing the newcomers. As they moved closer, his eyes riveted on the baby in the manger. Not a word of greeting was said. Though none expected the Messiah to be born in such a poor state as this, none of them doubted for a minute that it was He. As the boy knelt in front of the manger, gazing at the child in the hay, the baby awoke and turned his head toward them, laying still for a few moments, watching the faces of the men and the boy kneeling beside Him. Then a smile crossed his face, and he closed His eyes again. Kalkol then noticed the angels’ star, brightly shining directly above the stable. He realized in that instant what no one else did: this King would not be a famous, royal deliverer. Many would not accept Him. He would at times feel cut off, like an orphan, as Kalkol was. Through the gift of this Child, this Friend, to deliver Him, all heaven had been poured out to Him. Tears glittered in Kalkol’s eyes as a warmth sparked in his heart and drifted outward. He had no reason to fear. His life was not without purpose. He was not alone. He had been accepted by the King.

3 thoughts on “Accepted By The King”